If you’ve had the good fortune to go out to The Hamptons on Long Island’s East End recently, you’ve most likely had one of Roman Roth’s wines. As winemaker at the celebrated Wölffer Estate Vineyard whose deliciously pale and dry Rosé is a Hamptons restaurant and Summer party staple, Roman has been a leader in the Long Island wine scene for almost three decades, and his wines are some of its best.

Born and schooled in Germany, Roman made wine in his home country and also California and Australia before finding his perfect fit on Long Island’s South Fork, where he’s been winemaker at Wölffer Estate Vineyard since 1988. During that time, he’s seen his local region grow from about 12 wineries to over 40, and New York State as a whole, surpass the 400 winery mark, bringing it to #3 in wine production nationwide. Twitter Facebook

Yet, for all the wine making regions in NY, Long Island is probably its most diverse. Most-Southerly, Coastal maritime influence, mildest of New York’s Winter weather, all lead to the ability to make world-class wines, particularly Merlot and Chardonnay, two of the region’s most well-known offerings. For more information on Long Island Wines visit the Long island Wine Council website Follow on Twitter@LIWineCountry   Facebook Page

Along with his work at Wölffer, Roman also consults with a number of other wineries in the region and makes his own award-winning Grapes of Roth wines, a sort of think-tank, if you will.  Facebook Page  A small-output label that allows him to experiment with Merlot and Riesling in ways that he finds well-suited to what Long Island grows, but may not be as commercially viable as what he needs to make in his other duties.  Oh, and in case making wine for two labels and consulting with a variety of other local wine producers wasn’t enough, he also makes cider! 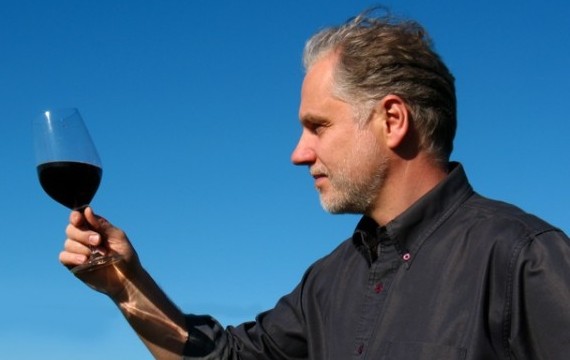 One of Long Island’s great ambassadors, Roman joins us on Wednesday March 23, 2:25pm ET on The Connected Table LIVE!. We’ll have a glass of Long Island Merlot in-hand, and can’t wait!